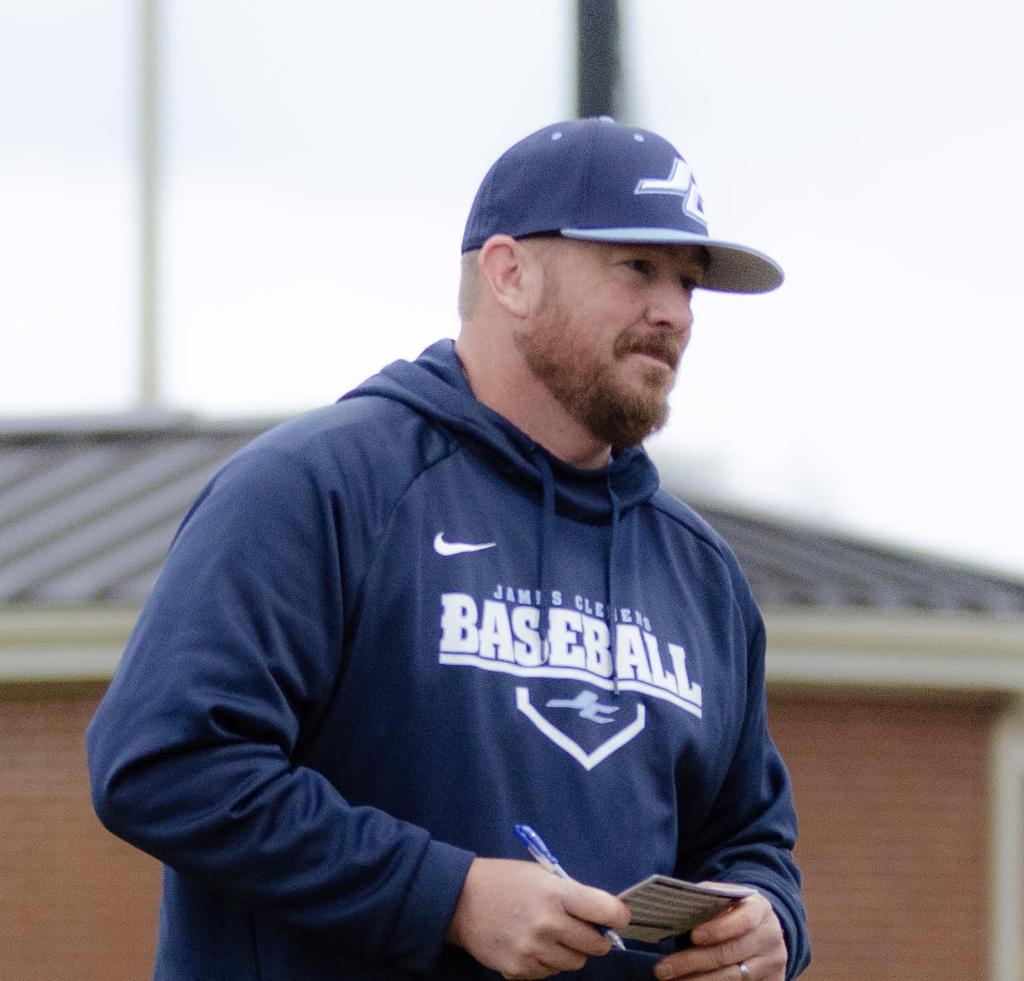 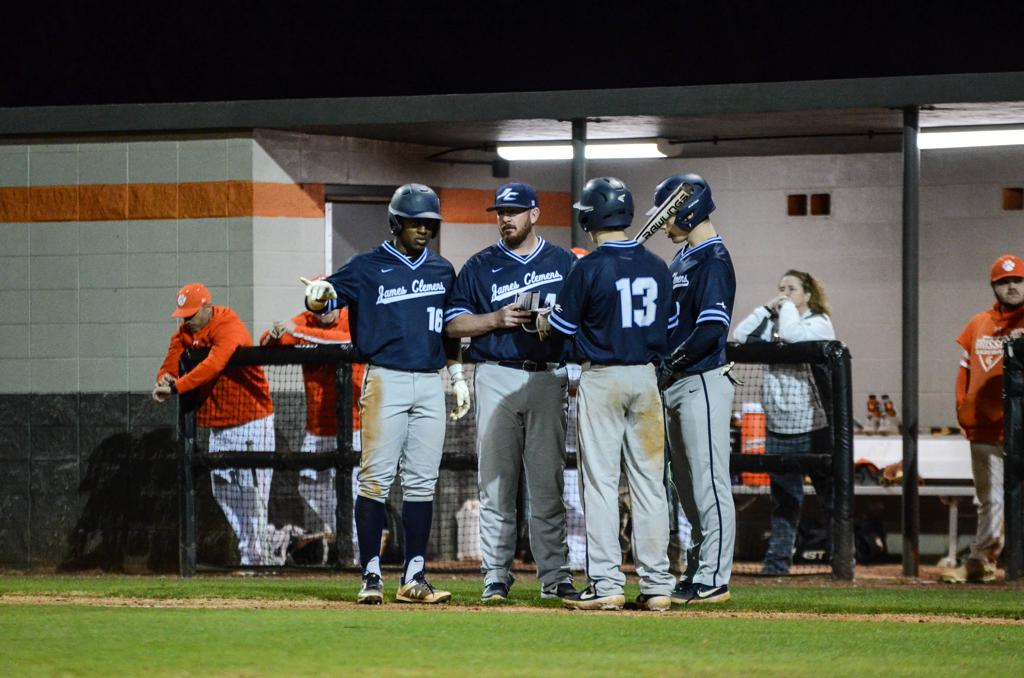 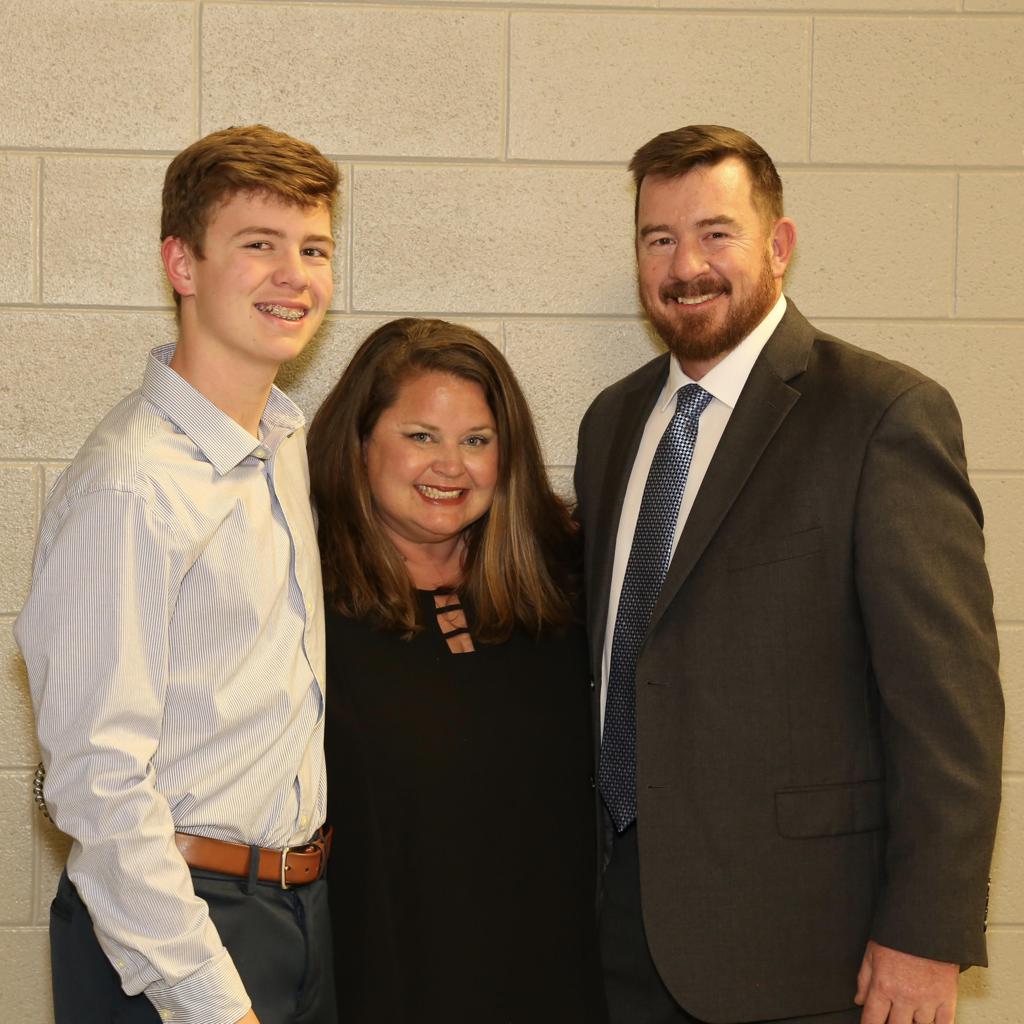 Coach Johnny Johnson enters his second year as head baseball coach of the James Clemens Jets, after serving as head coach at Fort Payne (AL) High School for 14 years (2005-2018).  His inaugural season as the skipper at James Clemens saw the Jets go 20-17 with some impressive wins over top ranked opponents, and being ranked in the state standings as high as 8th.

His outstanding tenure at FPHS led to his becoming the all-time school wins leader with 207. His 2011 team also set the single season win record when the team went 31-10.  Coach Johnson guided FPHS to four Area Championships and two Final ASWA Top 10 Rankings. He also directed 16 of his players to play at the college level.  Ten of his players earned All-State recognition and three (four selections, one guy was twice) were named All-Americans.  Coach Johnson’s high school coaching awards include All-DeKalb County Coach of the Year in 2008 and 2011, and All-Area Coach of the Year in 2009, 2010, 2011, 2012, and 2015.

Coach Johnson’s first coaching position was as an Assistant Coach at Texas Wesleyan University (NCAA Div II) from 1998-1999.  During this time, he also worked as a Youth Camp Instructor for the Texas Rangers Baseball Caravan, and served as a Head Coach and All-Star Head Coach in the Southwest Collegiate League in 1998.

Coach Johnson’s high school baseball experience occurred at Lamar High School in Arlington, Texas, where he pitched from 1992-1994.  He led the team in wins in 1993 and 1994 and finished with a 13-2 career record. In 1994 he recorded a 9-1 record and received All-District and All-County honors.  During high school, Johnny provided his talent as a Texas Rangers Bat Boy, resulting in his being awarded the first-ever MLB Clubhouse Managers Scholarship in 1994.

His college pitching was performed at St. Mary's University in San Antonio, Texas from 1995-1997.  During this time, the team won three conference championships, two regional championships, and appeared in two NAIA World Series.

Coach Johnson received a Bachelor’s Degree in Exercise and Sports Science at Texas Wesleyan University (1999) and a Masters of Education in Kinesiology from the University of Texas-Pan American (2001).   He is married to the former Geri Durham of Duck Springs, AL and they have one son, John Thomas (14).

Coach TJ Orr starts his fourth season on the James Clemens coaching staff and will oversee the program’s pitching staff. Previously, he was the head coach at Hazel Green HS (2010-2014) and at Liberty Middle School (2006-2009).  Other coaching stops include four seasons as pitching coach for the University of Alabama-Huntsville (2003-2006), head coach in the Lawrence County school system (1999-2002) and assistant coach for Hartselle HS.

Coach Orr played high school baseball at Hartselle HS from 1989-1993, during which time Hartselle won three state championships.  He played college ball for Calhoun Community College from 1994-1995 and at UAH, 1996-1997. He received the Team Player Award in 1994 and was named to the All-JUCO Tournament Team in 1995.

Coach Orr has a Bachelor's Degree in Education from Athens State University and a Masters Degree in Education Leadership from Middle Tennessee State University.  He has been a social studies and history teacher during his entire coaching career. From 2008 to 2013, he was the lead of the Developing Teachers as Historians Program, a professional development program at the local and district level.

Coach Orr and his wife Nicole were blessed with a baby girl, Ainslee Elizabeth.  He teaches World History and Macroeconomics at James Clemens and is happy to be part of the Jets family. 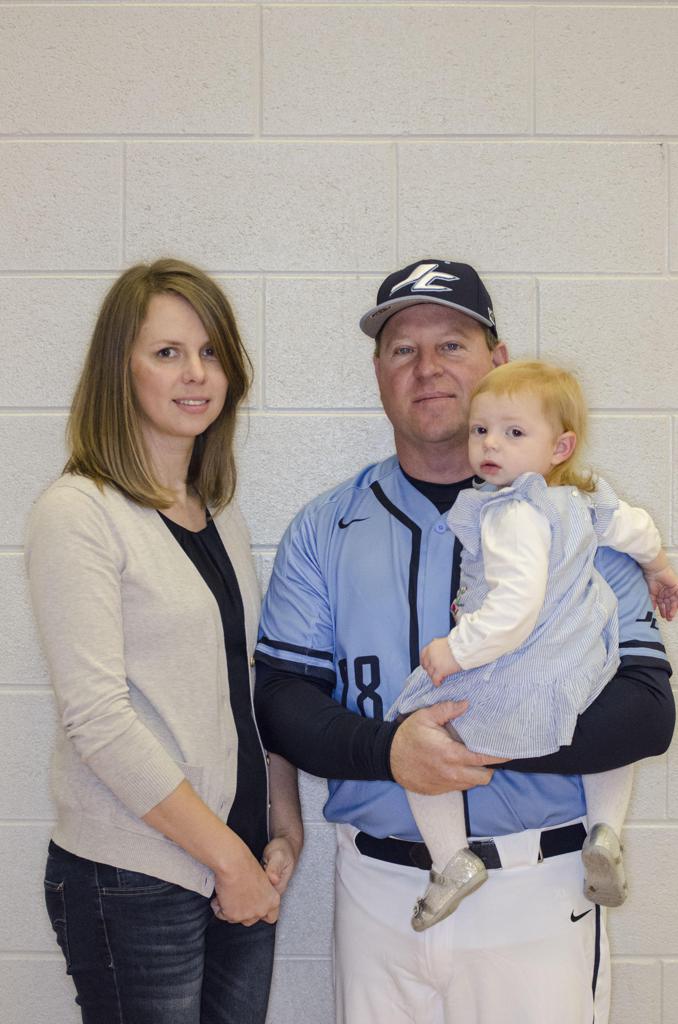 Coach Byrd returns for his third season on the Jets coaching staff and will serve as a varsity assistant and JV coach.  After a stellar high school baseball career at Trinity Presbyterian in Montgomery, he was selected by the Houston Astros in the 3rd round of the 1996 Major League Baseball draft.  After playing five years in Minor League Baseball as a first baseman and outfielder, Coach Byrd spent 5 years at Matric LLC, Rosser International Inc., Engineering Systems Inc., and McKinney Capital LLC.

Coach Byrd began his teaching career at Jefferson Davis High School in Montgomery, where he taught History, Economics and US Government.  He joined the faculty at James Clemens in 2017, where he teaches History and Economics. Coach Byrd, his wife Melissa and daughter Amelia are delighted to be part of the Jets family.

Coach Todd Carter has been part of coaching in the Madison City system for over 20 years and returns to his role as head baseball coach for the freshman Jets.  He is in his second season back with JCHS baseball this year after previously serving as an assistant coach from 2103 through 2016.

He is a graduate of Wilson HS in Florence Alabama, and played his collegiate baseball at Calhoun Community College and the University of North Alabama.  Coach Carter has coached school baseball for over 25 years, including stints at his alma mater, as well as at Liberty and Discovery Middle Schools in Madison, Bob Jones High School, Rogers High School in Florence, Decatur High School, and James Clemens High.

He has taught at James Clemens since it’s opening in 2012, and is currently a Driver's Education instructor and teaches sports officiating.  He is married to wife, Terri, and they have four children, Brock, Maggie Claire, Grant, and Abby. 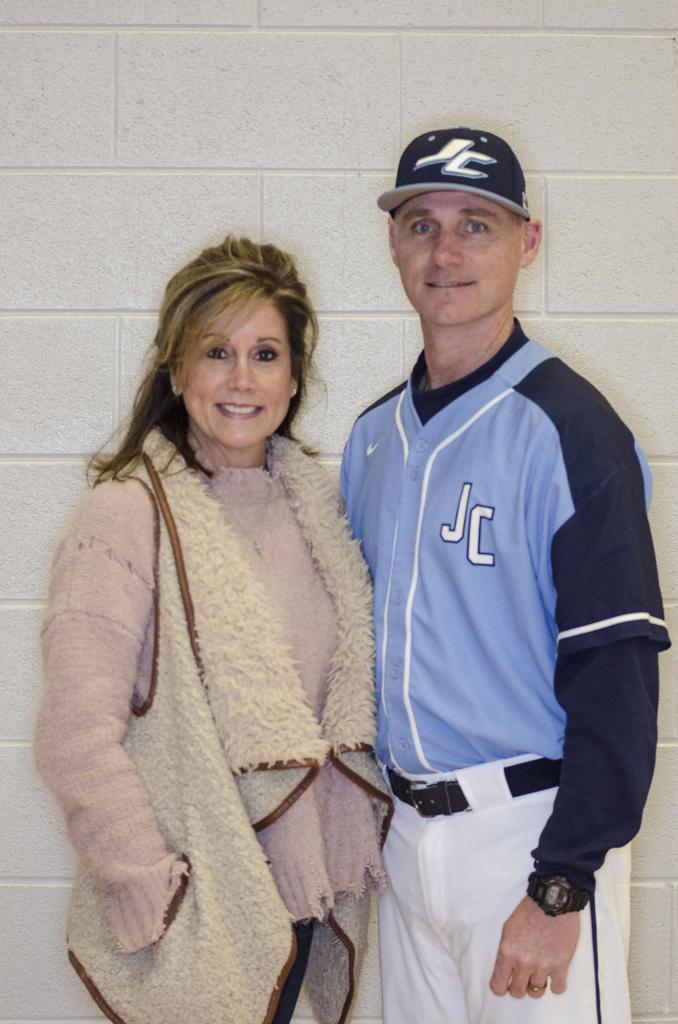 Coach James Jean begins his fifth season on the Jets coaching staff and will serve as a varsity and JV assistant.  He played as a middle infielder at Lincoln County (TN) High School and attended Motlow State Community College, where he was a pitcher on the baseball team.  After college, Coach Jean has remained active in the game by coaching and umpiring in summer baseball programs across Northern Alabama and Southern Tennessee.  He is married to the love of his life, Cindy. 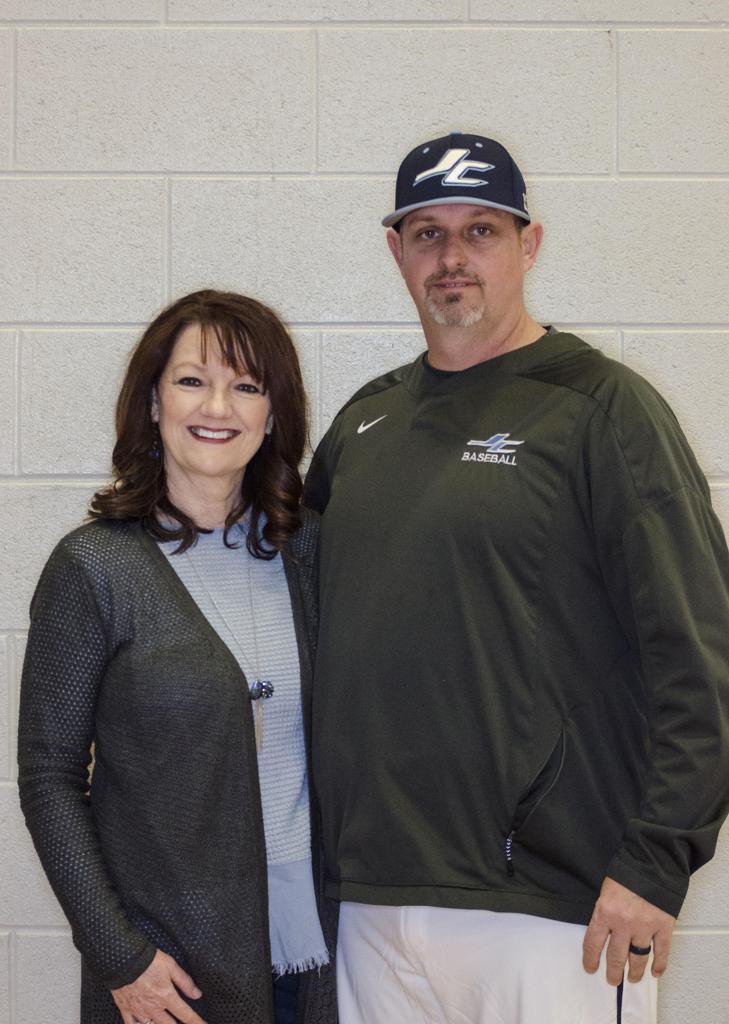 Coach Rhys Hartung is entering his second year on the Jets coaching staff and serves as an assistant on the freshman team.  He represented the United States Marine Corps as a catcher for the Marine Corps Pacific Northwest Baseball Team in 2001 and 2002. In 2002 he was selected to the All Marine West Coast All-Stars, leading all catchers with a .296 batting average and 17 stolen bases. He made the Joint Services Military All-Star team in 2003 and 2004, playing against Division One college, Minor League and Major League teams.

After serving, Coach Hartung coached at his alma mater Costa Mesa HS in California for 3 years before re-entering the military. In 2016, Rhys coached at Newport Harbor HS in Newport Beach, California. Coach Hartung is currently on the board of directors for the Madison Baseball Association, coaches his two sons Kaeden and Konnor, and is still an active player, catching for the Huntsville Royals in the Southern Senior Baseball League. 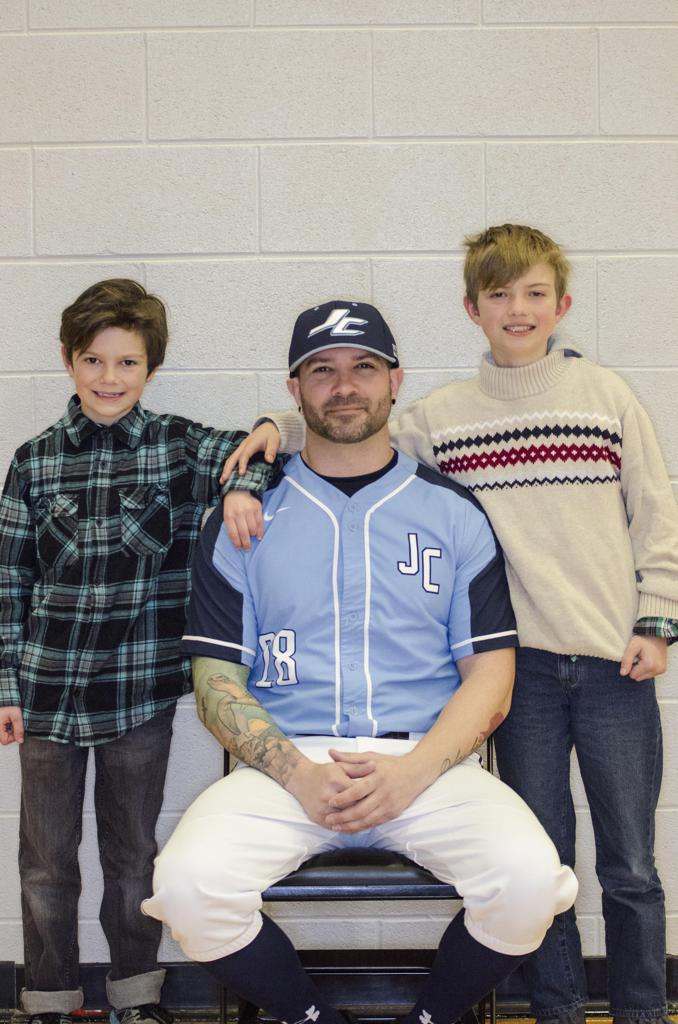 Coach Scotty Adkins returns to JCHS for his second consecutive year, after playing catcher and first base for the first Jets team in 2013 and serving as an assistant coach under Shane Medlen for the 2015 season.  He will share his extensive knowledge and experience with the Jets catching corps this year.  After being rated the #2 catcher in the state by Perfect Game during his senior year, Coach Adkins attended Tennessee Tech University on a baseball scholarship.  Due to a knee injury, he was red-shirted as a freshman and was not able to play during his sophomore year due to continuing knee problems.  He transferred to Auburn University in 2015 and graduated in 2017 with a Bachelors in Mechanical Engineering.  Coach Adkins is pursuing a Masters in Mechanical Engineering online at Iowa State University. 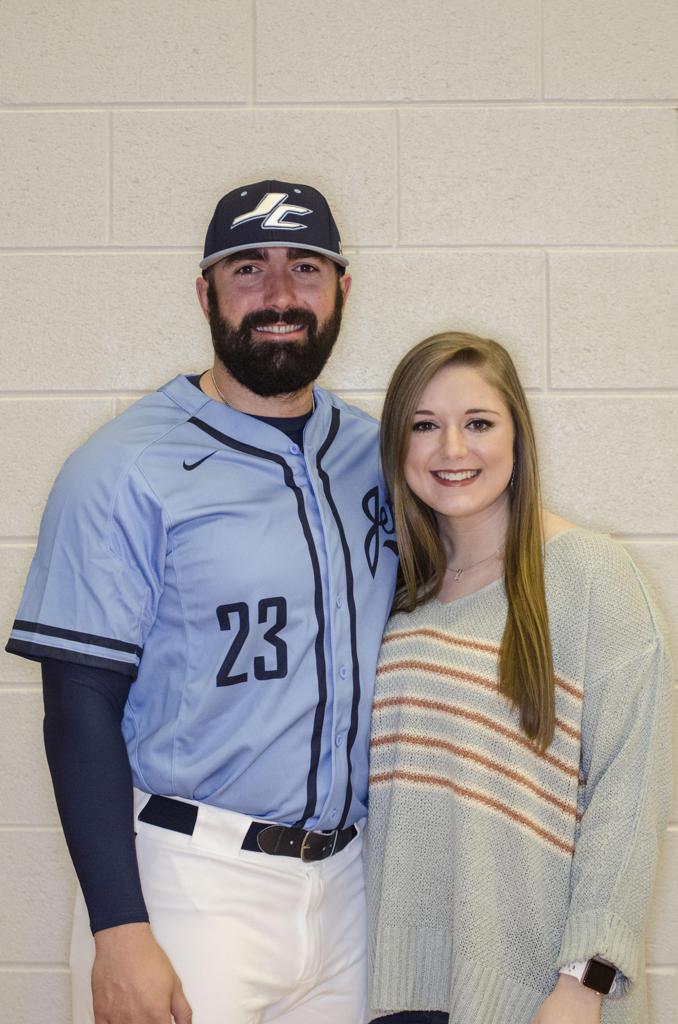